Michael Steele, the new boss of the GOP, gave an interview to the Washington Times. (surprise!)

Did he really say “off the hook?”  Hip hop makeover?  I about busted a gut reading the HuffPo comments. (something I typically don’t do, it seems all the illiterate progressives land there).  My favorite:

Yo, Dawg! MC Steel is in the hizzle and wants all his Peeps to get the 411 on the ‘G! O! P! what’s in it for me?’ tour! To start with, you don’t have to pay the Man taxes on your bling – bling! Use yor baby’s mama for a deduction! Lower taxes for you and your Homeys! No gun control, mac-9 for shizzle! Don’t let the lilly white democrats roll up on your crib and try to tax your capital gains. Keep your mind on your money and your money on your mind
And most important for all you hard core Ganstas out there, if you do a drive by and pop a cap in some Punk’s ass, no health care!

The Future Is Now

Next year, Nissan will offer a totally electric vehicle with a 100 mile range.  That is more than 95% of drivers need each day.  Next. Year.

In ten, will we have figured out how to reduce the size of batteries for these cars to roughly the size of a cell-phone?

Anyone out there remember what a one gig hard drive used to look like?  It was the size of a television, and costs thousands.  Last year, I bought a 1 gig storage drive for ten dollars at Radio Shack.  It looked like this: 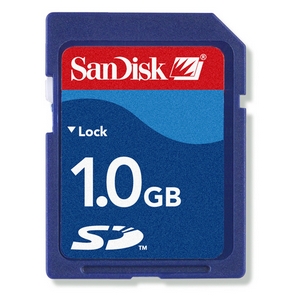 There is no good reason not to want this.  Not only will an all electric vehicle produce no emissions, it also won’t require much maintenance.  There is no oil to be changed.  Very few moving parts.  Quiet, too.

I realize that for awhile, we will be dependent on coal to produce the electricity required to charge our new cars.  OK.  Meanwhile, perhaps some of our children will be finding ways to harness solar so that it is affordable to the average family.

Lets get the ball rolling.

Yea, limited in scope of possibilities...but so what?

In 2004, a group of bloggers from 15 states and myself organized a fund-raiser for MoveOn here in Nashville.  I had reached out to this band because I was a fan, and I was surprised they agreed to do it for free.  Gretchen Peters and Monkey Bowl also performed, and I gave a short yet forgettable speech. 😉  Eli Pariser from MoveOn agreed to ask their Creative Director, Laura Dawn (Bush in 30 seconds) to participate and she came out and gave a better speech.  Billy Block pitched in and was the evening’s host.

3rd and Lindsey‘s owner was nice enough to toss up his joint for free that night.  Hugh Bennett Productions helped with sound, and The Nashville Scene gave us some ad space.  Congressman Jim Cooper, (no link love for you!) had originally agreed to speak, but bailed last minute.

It was fun, and way cool to see a large group of bloggers who had never met get together for something they believed in.  I mention all of this because there has been a little hub-bub over at Pith about whether or not a small group of Progressives can raise enough money to fund the TNDP.  I think the discussion misses the point. Everbody pitched in to make the event happen.  That night, like the event R. Neal organized, raised some money, raised some awareness, and, for about three hours, raised the roof!

EDIT:  Almost forgot, Southern Beale from Music Row Democrats, who set up a table and registered voters.  My bad.

Progressives will have to work together, volunteer their talent and time, and create a fund-raising framework that isn’t just based in Davidson County.  Don’t tell me it cannot be done.  Anyway, I’m goin to Dizz Knee Land:

The Worst Kind Of Cowardice

Good Lord.  By now, unless you are Joaquin Phoenix, you are well aware that some woman out in California underwent fertility treatments and gave birth to a platoon.  I don’t agree with her decision to do this, and I am disappointed that her family and her doctor didn’t give her better counsel, but damn, I’m uncomfortable even weighing in on this…

Apparently, some people have decided to issue death threats to the poor woman.  I have to ask, why?  Is the prospect of having to pitch in a few pennies to keep those babies healthy so distasteful that you would threaten to kill their mother?

I’m tellin ya, its this kind of cowardice that will be the end of us.  Sure, she should be the ultimate cautionary tale.  She has indeed made decisions that are clearly not in the best interests of her new children, or the ones that came before.  Obviously, the woman has issues.  Any doctor worth his degree should have seen that.

Where the hell are you pro-life people?  She really needs ya.

90 minutes ago, a dead tree toppled over and took down the phone and power lines, which started a grass fire burning in my front yard, (more accurately described as a pasture.)  I ran out there with a small container of flour, and tried to put it out, only to watch it spread faster.  Using my cell, I contacted 911 and within 5 minutes the fire dept responded, and put out the fire.  about 4 minutes later, the electric company was here with two bucket trucks, and within an hour had re-strung wire and restored our power.  I went out and spliced the phone line back together, since the phone company can’t seem to get here until Friday.  Their wire is on the ground.

I felt pretty stupid standing there, my little container of flour in my hand when those guys showed up.  They were courteous enough not to laugh.  The mayor even dropped by to see to it that the fire was out.  All in all, I can’t complain.

The Coyote Chronicles
Create a free website or blog at WordPress.com.